Our commitment to our people is the key to success

We are not a big company with large offices, we are a small focused family business of individuals with separate skills that gel into one unit to give you a finished stunning project. Branding and web design, social media management, design for print and marketing are the core of our business. Care and consistency is at the heart of our business, enabling your business to utilise over 38 years of experience in these fields. To achieve your goals you need a good plan otherwise you could just run out of steam. We have a personal approach to our work ethic and would rather chat, so no forms (unless necessary) or briefs, just simple old fashioned communication, phone and email normally suffice. We’ll get into our heads to be your ideal customer or client, Northolt Web Design will work with you closely to provide your site visitors and potential new clients relevant and individual content.

“Established and built on trust and loyalty in the print, media, marketing and the web industries since 1982” With our move from the south coast to Northolt we decided to set up and trade as TRA Media Ltd t/a Mad W3b Design. Every business has a story to tell to the people who matter the most, your prospects. We don’t just want people to hear about your brand, we want people to recognise, recommend, follow and love your brand. We are focused to market your ideas within the natural choices of digital media for your business. Keep up to date with us on social media via Twitter and Facebook. “Mobile Friendly Responsive Websites”

Northolt Web Design operates from our residential office thus keeping costs down for our clients, but still offering a first-class professional and individual quality service without the price tag of a studio. We are located in Northolt serving London and surrounding areas. 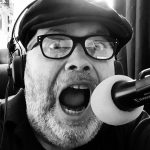 Tim started Mad Web Design in 2003 following working in the print, design, media and marketing world since 1982. In 2015 It Rocks Marketing was born to branch the business out. In 2020 Tim relaunched Mad W3b Design with a fresh new modern look and fee alongside an Internet Radio station, Radio Sports Live. 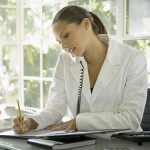 Tracy has joined the team summer 2020 to deal with support enquiries as well as a dedicated new account and client support operative.